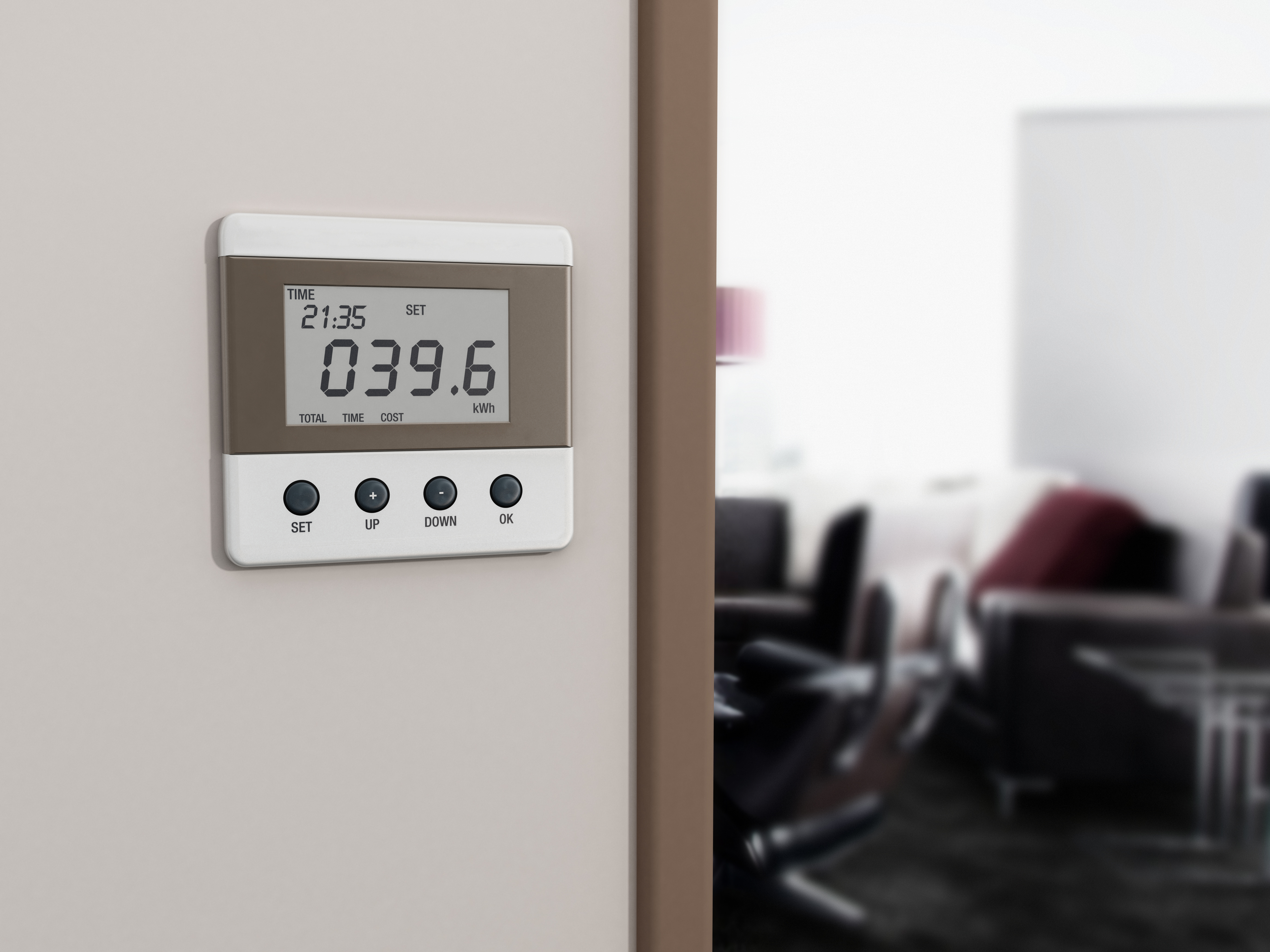 The government is committed to installing smart gas and electricity meters in every home and small business by the end of the decade. Small businesses will be contacted by their suppliers over the next few years to arrange for these meters to be installed. Smart meters are the next generation of gas and electricity meters. They will offer a range of intelligent functions and provide consumers with more accurate information about their usage, bringing an end to estimated billing. Businesses will have near real-time information on their energy consumption, helping them to take opportunities to save money and reduce emissions. Some water suppliers are also aiming to roll-out smart meters, with similar goals in mind.

Some water suppliers, such as Thames Water, are moving to install smart water meters. These meters will be connected to a wireless network so customers can view their water consumption online around the clock, gaining greater control of their usage and their bills. They will also provide a more detailed understanding of where water is being used – and in what quantities – across water networks, delivering a better ability to pinpoint and fix leaks.

The new technology will mean that there will be no need for customers to send in their water meter readings.  The smart meters should allow Thames Water to discover leaks on a customer’s personal pipe. Households will have two years to understand and reduce their usage before they are moved onto a metered bill.

Thames Water has reported that, since the smart water meter programme was launched in Enfield in 2015, more than 500,000 litres of water has been saved.

The technology that records how much gas or electricity a property has used has not changed significantly in the last century.

Analogue meters are in general only read a couple of time a year, meaning that estimated bills that under- or over-state consumers’ usage are common.

Rules introduced by the European Union meant that the UK – along with other member states – had to evaluate whether rolling out smart meters would bring benefits to energy users. The UK government conducted this research and unveiled a strategy in 2011 to go forward with rolling out the technology to homes and businesses.

The government’s intervention was deemed necessary because it was felt that a lack of accurate, timely information on energy use could serve as a barrier to meeting long-term goals such as lowering the UK’s CO2 emissions and reducing the cost of consumers’ bills.

More broadly, better information on the patterns of energy use across networks is expected to support the future planning and development of the networks that carry gas and power across the UK.
In Great Britain, it is energy suppliers who have been given the responsibility for delivering smart meters to consumers. They have been set the target of ensuring that all of their customers are offered the technology by 2020.

The smart metering programme is being delivered in two phases

The Foundation Stage began in 2011. During this time, the government engaged with the energy industry, consumer groups and other stakeholders and put commercial and regulatory frameworks in place that would support smart metering, trial and test systems, protect consumers and help to learn lessons from early installations.

This was followed by the main installation stage, which will now run through to the end of 2020. This is the period in which most households and small businesses will have the smart meters installed by their energy suppliers.

The most recent figures available show that, by the end of September 2016, there were 563,400 (47,900 gas and 515,500 electricity) smart and advanced meters operating in non-domestic properties served by the largest energy suppliers. This represents around one in five of all of the non-domestic meters operated by this group.

Advanced meters, however, are slightly different to smart meters; most importantly, they lack some of the functions offered by the latter. At a minimum, they must be able to store half-hourly electricity and hourly gas data, so that customers can have timely access to this information. But gradually fewer of these will be installed as the roll-out of smart meters gathers pace (see chart on left).

Smart meters offer a range of benefits for energy users

As a result of consumers using energy more efficiently and suppliers passing through the cost savings, the roll-out is expected to reduce the combined electricity and gas bill for an average non-domestic premise by approximately £128 in 2020 and by £147 in 2030 (in 2012 prices).

As well as these direct savings for businesses, a range of other benefits have been identified. In a policy paper, released on 4 January, lobbyist the Federation of Small Businesses (FBS) highlighted some of these opportunities. In particular, the paper said that smart meters would provide the foundation for the development of a much “smarter” market, particularly in terms of how the balancing of supply and demand on the grid is managed. Increasing and lowering demand in return for incentives – known as demand-side response – is increasingly important to the energy system and its growth will benefit further from the proliferation of real-time data.

But the FSB noted that the ability of small businesses to take advantage of demand side response opportunities would depend on the development of a number of other sectors. These include technologies like storage, microgeneration, smart meters, and smart products and equipment. The FSB therefore called for the government to set out a more detailed strategy for demand side response and how businesses could benefit from smart energy. This is likely to be forthcoming at some stage in summer 2017.

How much will the roll-out cost?

The total costs of smart meter installation versus traditional meters is set out in the chart below.

Energy suppliers will be required to fund the capital costs of smart meters. However, the costs of the roll-out will be recovered over the long term through additional charges on consumers’ energy bills. They will also pay for the installation, operation and maintenance of this equipment plus the communications hub, which links the smart meters to the supplier.

Other costs will include the energy used by the meters themselves, IT upgrades and the accelerated disposal of the basic meters being replaced.

What is Zigbee and “Internet of Things”?

One of the most important aspects of smart meters is the way in which they are able to communicate with each other and the people who need to know their data.

The HAN utilises a network known as ZigBee, which is often compared to Wi-fi and Bluetooth. It has a range of 15 metres, and can only communicate with other meters or devices within its line of sight.

The ability for devices to share data across different platforms is an important enabler of the “Internet of Things”. This allows objects to be sensed or controlled remotely across existing network infrastructure, creating opportunities for more direct integration of the physical world into computer-based systems, and resulting in improved efficiency, accuracy and economic benefit in addition to reduced human intervention.

How does it work with water meters?

When it comes to water, some businesses want to pay for the amount they use whereas others prefer the peace of mind of a set annual charge, regardless of their usage. Those who opt for the former make use of a water meter. These work in much the same way as gas or electricity meters, measuring the amount of water being used in a property for billing purposes – which the water supplier then checks, before calculating how much to charge.

A metered customer will pay a standing charge which is fixed, covering the costs to the company of reading and maintaining the meter. However, the volumetric charge will vary depending on the amount of water used. The meter measures water use in cubic meters, with one cubic meter equivalent to 1,000 litres.

Non-household premises are usually charged for sewerage services on the basis of how much water they use, as well as the amount of wastewater and trade effluent they discard. This is any liquid waste, other than surface water and domestic sewage, discharged from non-household premises.

The meter installation in most cases is free. A water meter can provide greater control when it comes to bills, as you’re aware of how much water you’re using – allowing greater water efficiency, a reduction in waste and bill savings. A water meter is a particularly good idea if a property has a “high rateable value”. Some water bills are based on the rateable value of the property and, if high, a customer may be paying too much for their water. If not better off, it is usually possible to change back to how the bill was previously paid within 12 months. But this won’t be the case if in a property where a meter was already installed or universal metering has been installed for everyone in the area.

Smart meters – how clever they are?