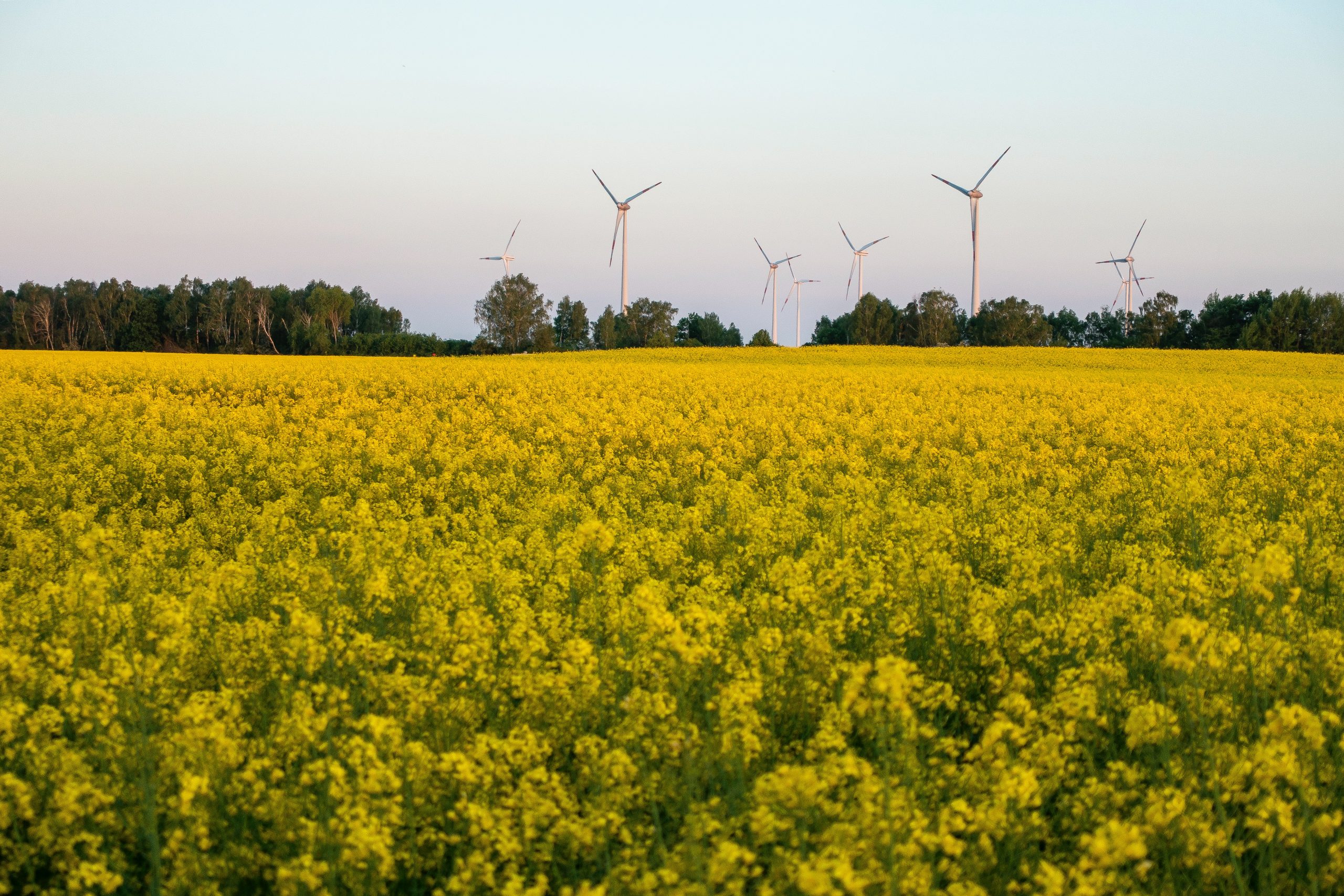 Renewables represent the future of energy. Both large scale renewable projects and small scale generation installations will be essential in achieving a net zero landscape. Small scale renewables are integrating well in certain areas of the country. However, some urban areas are now being referred to as ‘renewable energy black spots’.

Also labelled energy ‘deserts’, these areas of the country have had little to no impact from green tech and renewable resources. A study to identify these areas was published last month by The Microgeneration Certification Scheme (MCS). The results highlighted a large disparity in the adoption of small scale renewable energy systems around the country.

This lack of small scale renewables has resulted in several areas of the country relying almost exclusively on fossil fuel energy. At the current rate it would take 250 years for all British homes to have some form of renewable energy source installed. And with the UK’s net zero promises on the horizon, these stats only increase the pressures surrounding the energy sector.

So, why are small scale renewables projects working better in some areas of the UK than others?

What are the reasons behind renewable energy blackspots?

MCS were able to identify where renewable blackspots are by comparing rates of installations against the location of the area. They have been viewed in relation to energy forests to understand the reasons behind this large disparity. An average of only 100,000 renewable energy sources are installed across the country every year.

Areas such as West Yorkshire, South Wales and Lancashire have installation rates of less than five percent of households. London boroughs have some of the lowest installation rates in the country with small scale renewables installed in just 1 in 127 houses. These numbers prove the disparity between these areas and their rural counterparts who are embracing small scale renewables.

It also highlights the lengthy climb the UK has to reach net zero. While the path to growth has been volatile, MCS’s research has further amplified just how slow the uptake of small scale renewables has been. 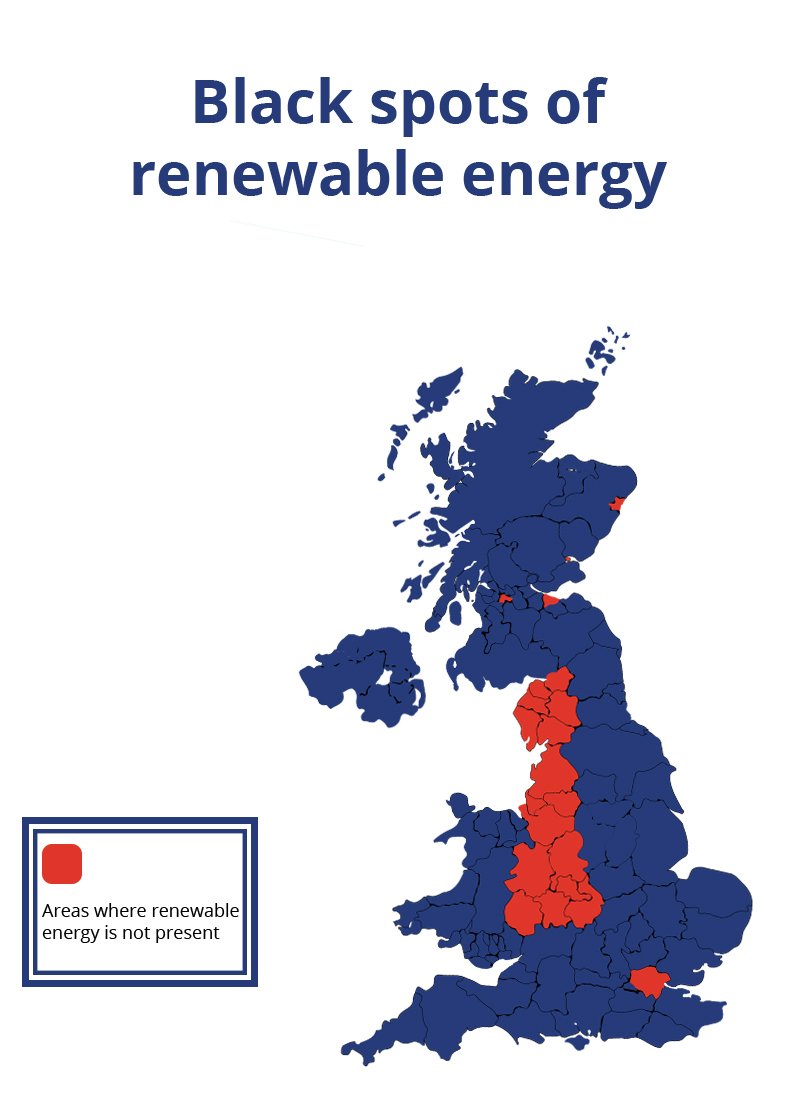 Where are renewables making the biggest impact?

Rural and semi-rural areas have been leading the way for small scale renewable installations. Orkney is within the top areas where small scale renewables are creating the biggest impact. One in five households in Orkney are reported to have some form of renewable energy source. Over 100% of the island’s energy needs were generated from renewable sources from as early as 2016.

The Orkney community has pulled together to ensure that the island runs as sustainably as possible. From community owned wind turbines to encouraging the use of non-polluting vehicles, the islanders themselves play a big part in the area’s renewable revolution. Discussions are now underway on expanding the use of hydrogen around the island. The residents have said that in the near future, ferries will be powered by hydrogen rather than diesel. This will further reduce the small amount of fossil fuel energy the island is still using.

With approximately 20,000 solar PV installations so far, Cornwall is continuing to lead the country in terms of solar energy. The county’s council also runs green initiatives to encourage the integration of renewables. They introduced their first smart-grid wind turbine last September.

‘Necessity’ means that renewables are integrating better in these rural and semi-rural areas. Living in remote areas, people have had to turn to alternative energy sources to power their homes and businesses.

While urban areas have grown accustomed to fossil fuel energy, the shift to renewables for every area of the UK is vital. Now understanding where these energy blackspots are and why it is essential that we find ways to successfully integrate renewables within these areas.

At Monarch, we like to keep our clients ahead of the curve and we all know just how key renewable energy is for the UK to meet its net zero target. We created a renewables guide that explores how solar, wind, hydro, bio and geo-thermal energy will successfully integrate into the ever progressing energy landscape. 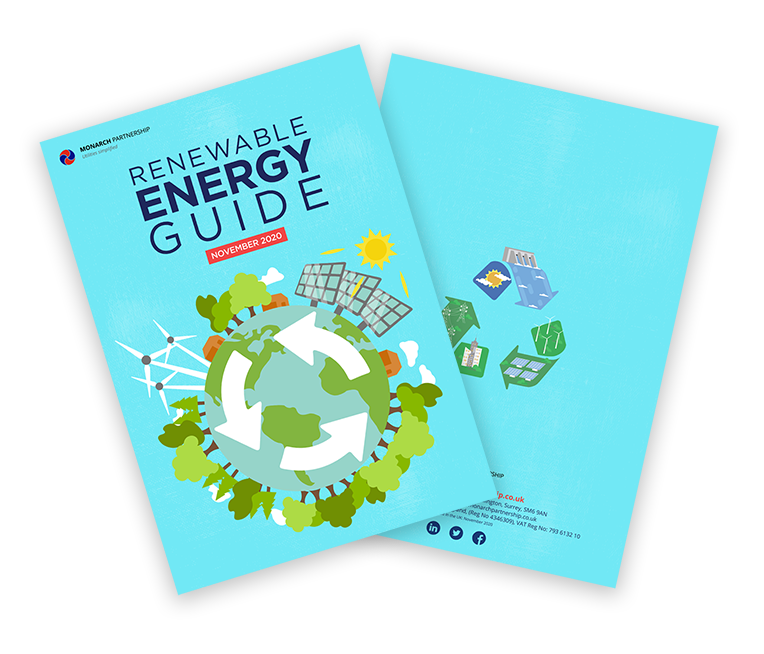 Why schools should consider a vegetarian diet

Why schools should consider a vegetarian diet