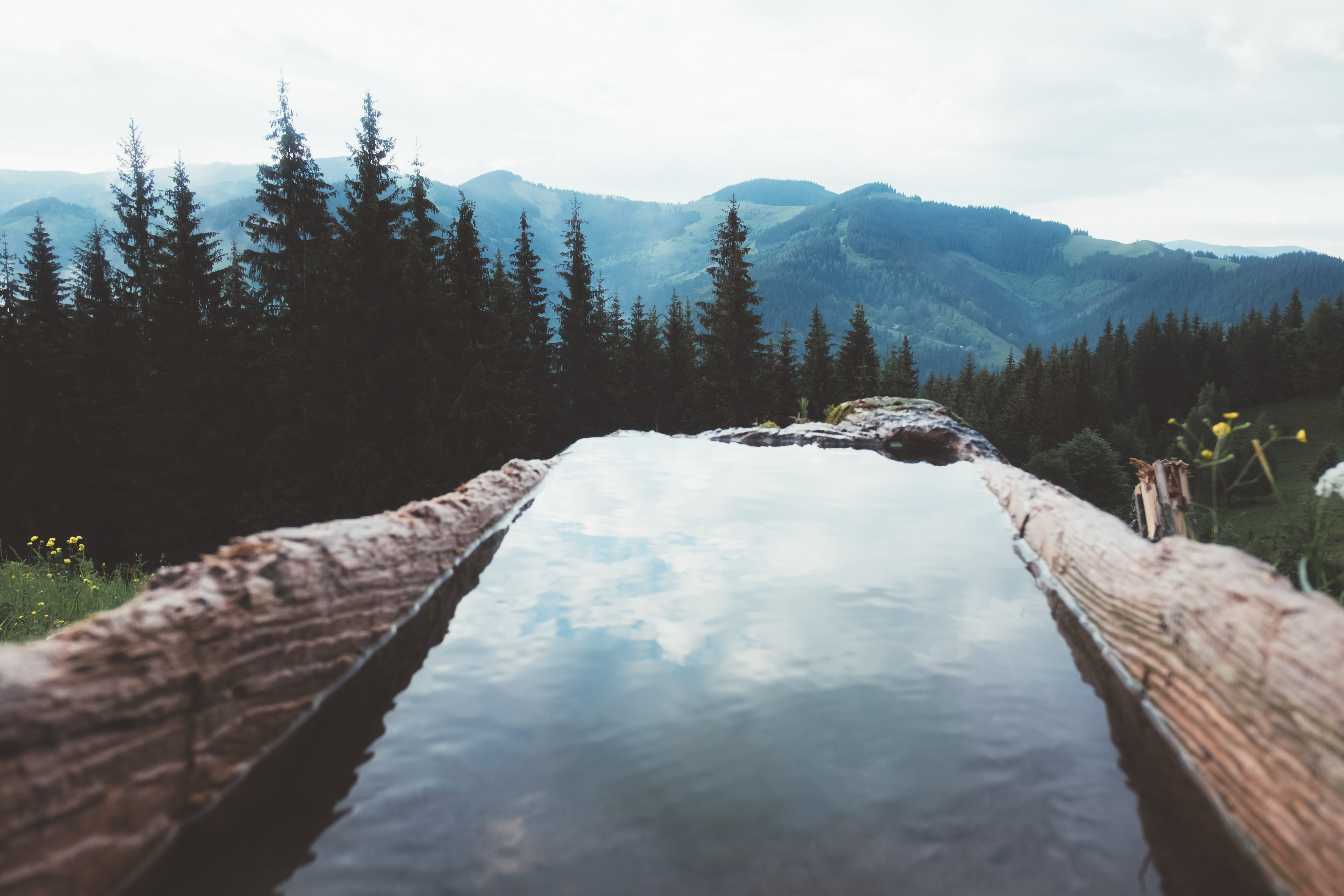 Renationalising the water market: The pros and cons

In the world of utilities, people tend to pay the most attention to gas and electricity. There’s a lot of talk about the potential savings that can be made in these areas, and plenty of tips on procuring the best deals from suppliers. People are encouraged to shop around and switch providers, fostering healthy competition between suppliers. Within the water industry, however, customers do not have a choice in selecting their water supplier, and therefore have no say in how much they pay for their water. This is just one matter which has been mentioned in connection with the operation of our country’s water industry, but other issues have been raised which cover a broader range of areas.

One proposed solution for shaking up the water market is to renationalise it. Margaret Thatcher’s government privatised the industry in 1989 and now, thirty years later, the Social Market Foundation estimates the takeover costs to be around £90 billion. This would be if the government purchased each water supplier in England at its current replacement cost value, but doing so could add 5% to the government’s debt levels. This translates to £3,000 per UK household, a figure so off-putting that it’s no wonder 26% of the population are “actively opposed” to the renationalisation of water. This debt would only occur, however, if the government paid the full share price for each water company. If they chose to pay less than the current value, share prices would fall accordingly, causing thousands upon thousands of people to lose out financially. This alone casts a dark shadow over the proposed renationalisation.

Would the government invest properly?

Since privatisation in 1989, the water industry has spent £150 billion on infrastructure and maintenance. This covers both water and sewerage services and has been necessary to ensure the safe and efficient delivery of water supplies across the country. The industry is also continuing to spend £8 billion to keep up with improvements, demonstrating a clear commitment to high quality infrastructure. The SMF fears that the government, should it take over the water industry, would be unwilling to invest that kind of money – potentially bringing negative consequences for consumers in the form of higher bills and lower levels of customer service.

The SMF also raises the idea that the government could run the water industry as a loss-maker, but collect funds through increased general taxation on the population. These potentially significant costs are likely to turn people against the idea of renationalisation the water industry. There is also the suggestion that water pricing would become more and more politicised, leading political parties to promise lower prices as leverage for more votes in upcoming elections. Water is an essential service around the world and is not something which should be used as a bargaining chip. Those against the renationalisation of the sector often use this argument to prove their point. 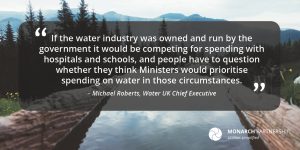 What does the public think?

Four of the major water companies commissioned a poll in 2018 surrounding the public’s opinions on ownership of the water sector. Compared to other areas for nationalisation, water came fourth on the public’s list of priorities. Contenders which were favoured over water were rail, gas and electricity. That’s not to say that the public wouldn’t like water to be nationalised again, but they just care about other areas more. It’s no secret that the transfer would be very costly and, just as with most extra costs incurred by the government, the final bill would fall to taxpayers. The water industry has also accumulated debts of £49 billion and there is the possibility that these would have to be repaid immediately by the government should it take ownership. Again, these costs are likely to be recovered from general taxation.

Chief Executive of Water UK, Michael Roberts, spoke out against nationalisation of the sector, saying this about the privatised industry:

Those in favour of renationalisation?

As much as the points against the case for renationalising the water industry are convincing, there is also a flipside to the argument where proponents are fighting fiercely for the government to take control once again. Leading this is the Labour party led by Jeremy Corbyn, who promised to start the renationalisation process should he be elected as Prime Minister. Speaking at the GMB Congress, he had this to say on privatisation:

“It’s been bad for workers in the industry and bad for bill payers. The only people it hasn’t been bad for is rich shareholders.”

A Guardian report claims that water bills have increased by 40% “in real terms” since privatisation – a far cry from Michael Roberts’ previous claim that bills are at the same level, even after taking inflation into account. Labour stated their aim to “replace our dysfunctional water system with a network of regional publicly-owned water companies”, giving the government greater control over the prices which fall to billpayers. This would be good for the government’s pocket, but perhaps not for consumers. However, the SMF predict that any profits made would translate into lower prices for the end user. As this is currently a hypothetical scenario, it’s difficult to know exactly how nationalisation will impact different areas of the chain. There are opposing predictions flying around but until the process actually happens, we won’t know the effects.

The aforementioned ComRes poll showed that 22% of the population strongly support renationalisation of the water industry, while 20% somewhat support it. When you factor in that 21% of respondents neither support nor oppose the move, it’s clear to see that the majority of people with an opinion are people who are unhappy with the current state of affairs. John McDonnell, Shadow Chancellor, said that renationalisation would “shift the balance of power in our country” and “give people back control”. Further to this, the SMF points out that governments face lower borrowing costs than private industries, so if the government were to take ownership of the water industry and borrow any money, this could lead to lower bills for consumers than under the previous privatised system.

So, where does this leave us?

It is highly unlikely that a Conservative government would renationalise the water industry – or any privatised sector, for that matter. Labour appears to be the only political party with active plans to renationalise water, however, when it comes down to it, they may have other priorities for spending if they were to be voted into power. As Michael Roberts of Water UK pointed out, spending on areas such as education and healthcare would probably come before any funds are invested into the water industry. Further to this, the ComRes poll we discussed earlier suggests that perhaps there is not enough public demand for such a significant move to take place. Only time – and perhaps a new political party in power – will tell what might happen to the water industry in the UK. The government will likely favour any system which keeps their debts down and allows them to cut costs, while consumers will opt for a solution to reduce their water bills and ensure a reliable, high quality service. Whether these two viewpoints can work in harmony, however, is another matter entirely.

The unappreciated utility, water, and potential for savings