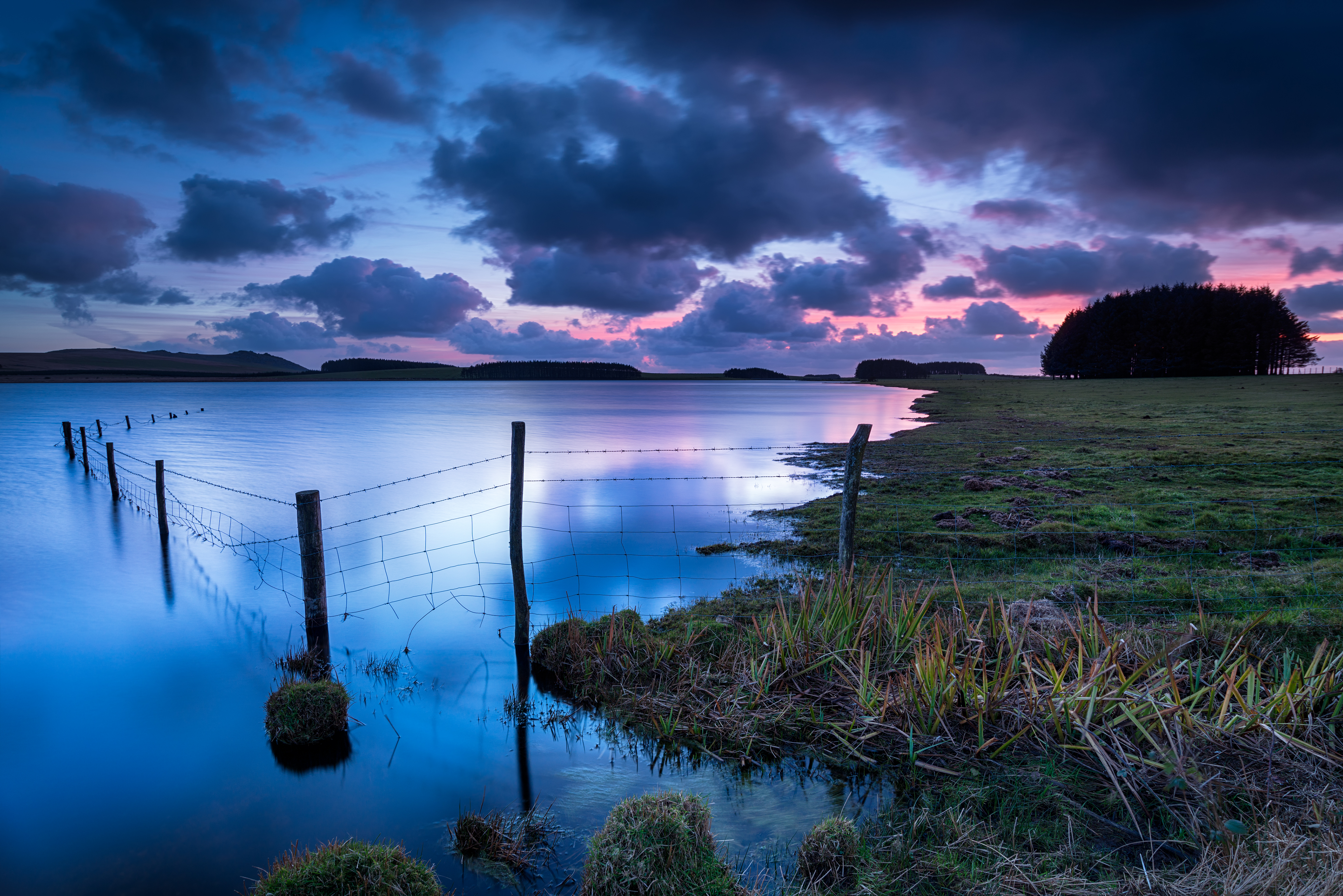 Nuclear power has been hitting headlines both around Britain and the world for decades now, and coverage has been increasing in more recent years. There is strong opposition to the construction of nuclear power plants, however the movement also has its supporters, and the UK Government’s approval of new nuclear sites confirms that it definitely is a part of the country’s future energy plans. With nuclear power being such a divisive topic, it can be difficult to find neutral sources on its pros and cons. In this series of nuclear power articles, we’re going to give our unbiased account of why nuclear power is so popular in some circles, as well as delving into the factors that make it so controversial.

Following on from our brief introduction to nuclear power a couple of weeks ago, it’s now time to look into one of the industry’s biggest secrets: nuclear power’s extortionate water usage. We’ve previously talked about water’s vital role in the nuclear energy generation process:

“The actual method of creating nuclear energy relies on a process called fission to split an atom apart, releasing the energy held within it. The energy comes in the form of heat and radiation, heating water in order to produce steam. The steam, in turn, powers a generator, spinning a turbine to make electricity.”

The Nuclear Energy Institute estimates that, per megawatt-hour, a nuclear power reactor consumes between 1,514 and 2,725 litres of water. This is compared to coal with figures of 1,220 to 2,270 litres per MWh, and 700 to 1,200 litres per MWh for gas. It’s clear to see, just from these brief statistics, that the nuclear energy industry relies much more heavily on water than other sectors. A large nuclear power plant may use up to 1 billion gallons of water a day and, for this reason, they are often built next to rivers, lakes or oceans to utilise the bodies of water. The water is drawn from these sources and heated to create steam to power the turbine. It then condenses and can be reused in the power generation process. However, it is eventually pumped back into the body of water it originated from, albeit at very high temperatures. This can increase the temperature of the natural water source by up to 30 degrees, posing risks to the aqua life. 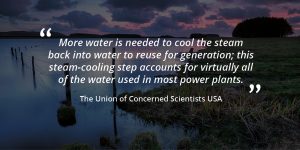 The Union of Concerned Scientists USA (UCSUSA) goes into a lot of depth when discussing water’s role in nuclear power plants, stating that after steam passes through a turbine “more water is needed to cool the steam back into water to reuse for generation; this steam-cooling step accounts for virtually all of the water used in most power plants”. They describe the different steam cooling processes which are vital in nuclear power generation, discussing both once-through cooling and recirculating cooling. The water usage figures for once-through cooling range from 25,000 to 60,000 gallons of water per megawatt hour of electricity produced, dropping to 800 to 2,600 gallons for recirculating cooling. This is because, as the name suggests, the recirculating cooling method of turning steam into water allows for water to be pumped back into the condenser to be used again. Once-through cooling, on the other hand, means that any water used in the nuclear power generation process in pumped back into the body of water from which it came, raising a whole host of other issues which we touched on briefly before. More information can be found via US Fish and Wildlife Service, and EurekAlert.

It’s clear to see that nuclear power uses significantly more water than other forms of energy production. While perhaps it’s not as far ahead of coal as anti-nuclear sources profess, it’s obvious that nuclear power cannot be presented as a “green” form of energy production when it comes to water use. Aside from the water used in the nuclear power generation process, it is also important to consider the water needed to build the power plant and extract fuels – in this case uranium. Nuclear power stations are notorious for their lengthy construction periods and are regularly decommissioned – so how does this contribute to nuclear’s already-large water footprint?

Higher energy prices on the horizon?

Another topic up for discussion is, due to its reliance on water sources like rivers and lakes, how vulnerable is nuclear power to heatwaves and droughts? Without sufficient water for the cooling process, nuclear power plants have high discharge temperatures at times, and are often forced to shut down or to reduce their output. This, in turn, creates higher energy prices for consumers and means that the plants are less effective overall, resulting in a lose-lose situation all round. In a world where our climate is rapidly changing, global temperatures steadily rising, and without much sign of radical behavioural change on the horizon, how secure is the future of nuclear power? Subject to the ups and downs of global water supply, can we truly rely on nuclear power as a long-term source of power?

Water consumption in the world of nuclear power is something which should be closely examined before we jump to constructing new power plants as a means of securing the UK’s future energy supply. Our next and final article in this nuclear power series will look at nuclear’s place in the country’s energy makeup over the coming years, delving into the government’s plans for Hinkley Point C, Sizewell C, and Hitachi’s partnership with Horizon. These plans are constantly evolving and are at the centre of many a debate, so it’s sure to be an informative piece on one of the most controversial forms of energy generation.

The unappreciated utility, water, and potential for savings