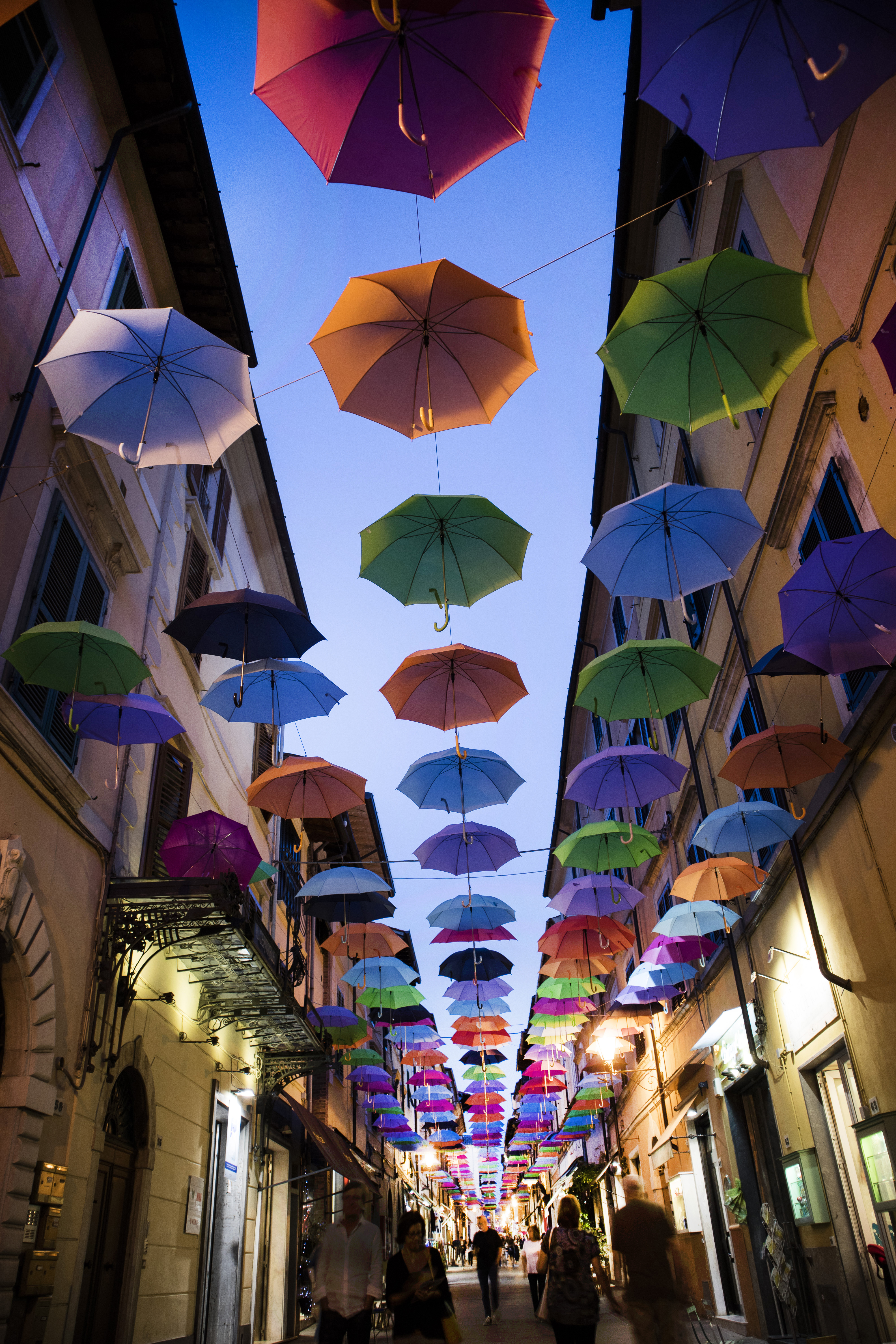 Welcome to our quarterly energy and water market review.

This month marks the 30th birthday of The Monarch Partnership. Back in 1987, company director Peter Dosanjh spied a gap in the market for a utility consultancy that kept pace with the evolving energy industry, and he ran with it. Fast forward to 2017 and he is still running, with Monarch looking after the utilities and assets of an ever-expanding client base, who keep coming back for more.

With the vision firmly planted, the name Monarch was taken from a switchboard on the telephone system they used at the time. Back then the deregulation of the utility industry had not yet been implemented and was, therefore, a much simpler business. But with plans in place for big market changes, Peter and Monarch had the foresight to tackle them head on.

Over the last thirty years, the company has seen a lot, from its humble beginnings of a three-man team working from a rented accommodation in Croydon to the relocation to a bigger office space in Purley. Then came further expansion to Monarch’s current home in Wallington. This constant outgrowing of working space has allowed Monarch to divide its clients into smaller more focused groups to ensure that they receive the most effective services for them.

In terms of the industry, Monarch has surfed every wave and rolled with every punch thrown its way. This includes the hysteria of the banking crisis, the fragmentary deregulation of the energy market, and the push for greener renewable energy sources. Monarch has kept its head above water the entire time and remains one of the most respected and reliable companies in the energy consultancy industry. Its client retention rates speak for themselves. Customers continue to come back to Monarch, and Monarch, in turn, will continue to drive forward with the market.

May there be many more happy years to come.

The Government has not been quiet over its wish for the UK to have strict and ambitious emissions controls and be a world leader in the reduction of carbon dioxide. However, there has been little policy of any kind within the carbon or energy spheres that has progressed as perhaps it should have been in the past twelve months.

A new timeframe for a revised Carbon Reduction (Clean Growth) plan was due in 2016, which we hope will be due imminently now that the Government has returned from its Summer recess. The delay in much of the work has not only been due to Brexit, but also the General Election and the US withdrawal from the Paris agreement. These ‘milestones’ in the political sphere obviously has effected consideration of new policies as targets and budgets need to be looked at beyond for example the 2019 EU exit.

What can we expect? With over 400,000 people employed in this sector, it is important in both its dutiful need as part of the UK’s commitment under the Climate Change Act of 2008 which binds us to reduce emissions by 57 per cent by 2032 and by 80 per cent by 2050 (compared to 1990 levels); but also of economic importance in terms of financial investment in new technologies and new jobs. The expectation is that once the dust has settled and the parliamentary policy machine is in full swing, tighter, tougher measures will be announced on both practical and reporting fronts to reign in the current shortfall in achieving the target by the mid 2020s as well as clearer detail moving forward over the level of funding that will be available for clean power projects.

More on the carbon reduction plan

From 20 September 2017 RHI reforms announced late last year will come into force. The Government intends to –  increase the tariffs for biomethane and biogas and change the tiering threshold to 35% of heat load across all small, medium and large biomass plants.

These new tariffs and tiering thresholds will apply to all new applications submitted on or after 20 September, with those submitted since 14 December 2016 having their tariff uplifted from 20 September this year.

Monarch: The future of heat

More information on the tariffs can be found at: https://www.gov.uk/government/publications/rhi-mechanism-for-budget-management-estimated-commitments

Changes to the scheme

You could be forgiven for thinking that ESOS has been done and dusted. Your audit has been completed, report submitted and any opportunities highlighted perhaps placed on the back burner in the light of the current political and economic climate (as is the case with many of the Government’s schemes); you would be mistaken in that thinking however. ESOS, for all the apathy surrounding its practical implementation of opportunities remains on its four-year cycle with the next 12-month reporting window able to begin in January 2018 and the next deadline December 2019.

For those caught up in the scheme there are a couple of things to keep in mind. ESOS phase 1, was rushed in its execution, which left many scrambling around to get audits and reports undertaken to meet the initial deadline. With a better understanding of what is required, more companies may choose to undertake ISO50001 (an International Standard for Energy Management), which due to its nature exempts organisation from the scheme. The lead time for this certification, allows for a more holistic approach to the efficient use of energy in your organisation.

The certification may also help if the Government’s minded-to position comes to the fore and a consultation on the framework as detailed in its response to the initial consultation on reforming business energy tax is published. The second consultation should have been released in the summer of 2016, but as seen with the Green Growth plan outlined earlier, the Brexit vote and General Election has scuppered progress on these matters. However, at an energy event in London earlier in the year a senior figure from the Department of Business, Energy and Industrial Strategy hinted that the consultation was due to be released as the General Election was announced and should be with us during this Summer.

It will be an important consultation that looks to bring together all existing reporting for both Public and Private sector organisations into one simple reporting framework to be introduced form April 2019 onwards. i.e. before phase 2 ESOS reporting is due.

If ESOS is a measure that affects you, advice from your previous ESOS Lead Assessor in the light of possible policy changes should be taken to ensure that no doubling up of work or reporting is undertaken.

The Smart Meter Roll-Out has been dominating the headlines for the past five years and remains plagued by delays and halfway solutions to the Government’s ambitious saving and reduction claims. Whilst domestic smart meters and their merits can be looked into elsewhere, there are important aspects still to be ironed out for non-domestic consumers caught in this programme.

One of the biggest issues remains access to data.

For those that currently use advanced meters in their smaller portfolios, there will be a time where the transition from advanced to smart takes place. The installation of advanced meters in non-domestic premises will see an end date in 2018. This transition will then mean that data will be supplied through the DCC (Data and Communications Company) a central body tasked with collecting and distributing meter data to DCC users.

This is an important step, as the Government will regulate to reduce choice for the end consumer where they are not deemed to be a large consumer – and there is no industry standard definition for this.

What does this have to do with access to data? The transition to smart and the removal of the choice of advanced meters will impact where your data comes from as mentioned previously. Data access for third parties will be through consumer consent, by the third party becoming a DCC Other User and/or by using a Consumer Access Device (CAD). The former realises additional costs for third party data services which will need to be passed on, the latter although sounding a good option through a CAD, is on the back burner in terms of the programme roll-out with no target date set for this option.

To gain a better view the Government is currently consulting on non-domestic smart metering policy proposals and you should understand all the implications for your business if you have a large multi-site portfolio with small sites benefitting from energy services through advanced meters.

Announced in January’s Industrial Strategy Green Paper by Greg Clark the Business and Energy Secretary, Prof. Dieter Helm CBE has been appointed to lead an independent review into the cost of energy. To consider the whole electricity supply chain, looking for opportunities to reduce costs and through changing demand; with the ambition for the UK to have the lowest energy costs in Europe, for both household and businesses.

Greg Clark said “The review will consider how we can take advantage of changes to our power system and new technologies to ensure clean, secure and affordable supplies over the coming decades. Professor Helm will bring invaluable expertise to the review, and I look forward to seeing his recommendations”.

In terms of the ambition to have the lowest energy prices in the EU; currently according to the latest quarterly EU report on electricity markets, the UK has some of the highest estimated retail prices in the EU.

However, Professor Helm has been a household name in the energy industry for some decades and is one of Britain’s leading experts. Gaining efficiencies in the system should be possible, and with the report due by the end of October is will be interesting to see how far reaching the recommendations go to improve the above detailed comparisons and whether government will act on them.