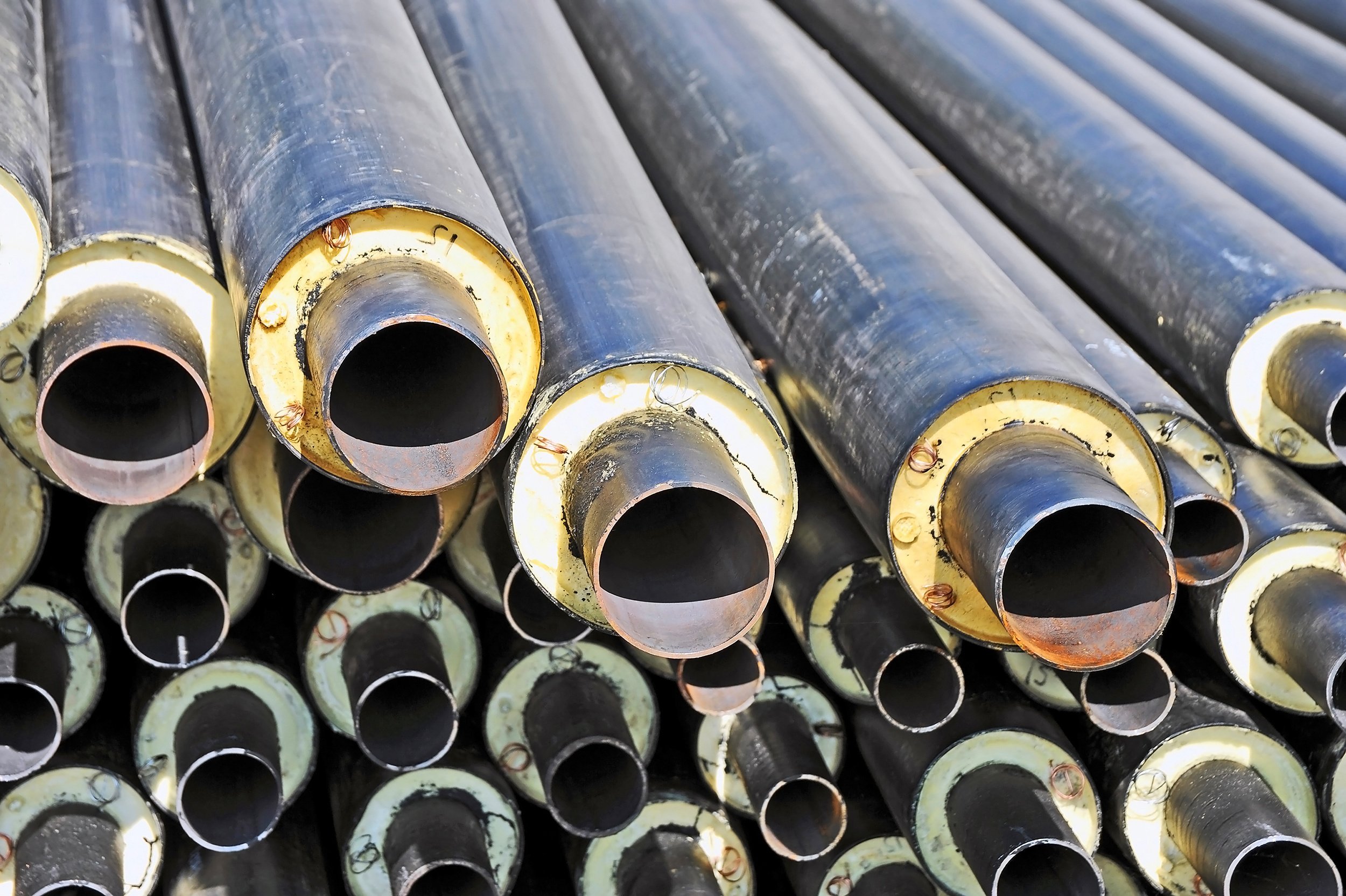 The Future of Heat

The UK has made significant progress towards decarbonising its power generation over the past decade. However, the nation’s ability to hit its long-term environmental targets will depend upon parallel progress in reducing emissions from the heat sector. This Quick Guide takes stock of progress to date, looks at the technologies that could help to decarbonise the sector, and considers the support being offered by policy-makers.

Download the article as PDF from here: Future of Heat

How is the heat supply changing?

The use of heating and hot water in buildings is responsible for around 40% of the UK’s energy consumption and 20% of its greenhouse gas emissions. It will be necessary to largely eliminate these emissions by around 2050 for the UK to meet its climate goals.

The government’s independent climate watchdog, the Committee on Climate Change (CCC), has said that much of the potential for reducing emissions from heat rests in improving the energy efficiency of buildings. In this respect, some progress has already been made. Emissions from gas, oil and solid fuel heating fell by a tenth in the years from 2005-12, having been broadly flat in earlier years. This fall was a result of the improving efficiency of buildings and heating systems, which have more than offset increases in the number of buildings and the average temperatures to which they are heated.

However, both for homes and businesses, gas remains the overwhelming choice for heating. To achieve further progress on reducing emissions, therefore, a large-scale shift from existing gas boilers to low-carbon heating will be required. Furthermore, to hit climate goals set for 2050, the CCC is clear that progress will be needed in the next 15 years––meaning solutions must be deployed now, rather than postponed to a later date.

What are the options?

There a wide range of low-carbon heating technologies available, each with its own advantages and drawbacks. The main options are:
Low-carbon heat networks—A district heating scheme comprises a network of insulated pipes used to deliver heat, in the form of hot water or steam, from the point of generation to an end user. It provides a means to transport heat efficiently. Networks vary in size and length, carrying heat just a few hundred metres between homes and flats, to several kilometres supplying entire communities and industrial areas. The distance a network can reach is also easily extended by simply adding more providers of heat, or “heat sources”, along the way.

Networks also have the ability to balance the supply and generation of heat, across location and over time. Over the course of the day, heat demand shifts between residential consumers to commercial, industrial and public buildings and back again. A heat network can match and manage these flows, whilst maximising the use of the plant providing the heat.

However, heat networks require a certain density of heat demand in order to make them economic. This means that they are suited to urban areas and new-build developments. So, while they can make an important contribution to decarbonising new and existing buildings, this is limited to around a fifth of total building heat demand to 2050, even if deployment challenges can be overcome.
There are approximately 2,000 heat networks in the UK currently, supplying heat to 21,000 dwellings and 1,700 commercial and public buildings.

Combined Heat and Power (CHP)—CHP systems integrate the production of usable heat and power in one single, highly efficient process. CHP generates electricity whilst also capturing usable heat that is produced in this process. This contrasts with conventional ways of generating electricity, where vast amounts of heat are simply wasted.

By using waste heat, CHP plants can reach efficiency ratings in excess of 80%. This compares with the efficiency of gas power stations, which in the UK ranges between 49%-52%.
As an energy generation process, CHP is fuel neutral, meaning that the process can be applied to both renewables and fossil fuels. The specific technologies employed, and the efficiencies they achieve will vary; however, in every situation, CHP offers the capability to make more efficient and effective use of valuable primary energy resources.

CHP is a well proven technology that already provides local heat, electricity and sometimes even cooling to various types of users, often commercial or business units.

Biomethane—Biomethane is a 100% renewable energy source produced by the natural breakdown of organic material: green waste, household waste, agricultural waste, food industry waste and even industrial waste.
Injecting biomethane into the gas grid is a means of decarbonising supply without requiring changes from consumers, and provides a route for the capture and use of methane emissions from biodegradable waste. However, its potential is limited to around 5% of current gas consumption.
Some businesses––especially rural ones––already utilise biomethane, using Anaerobic Digestion facilities to directly supply electricity and heat.

Heat Pumps—Although heat pumps have not gone beyond being a niche option in the UK to date, they are extensively used in many other countries (e.g. Sweden and France).
Heat pumps are a renewable technology that converts energy in the ground or air into heat. Unlike gas and oil boilers, heat pumps deliver heat at lower temperatures over much longer periods. During the winter they may need to be on constantly to deliver heat efficiently. But for heat pumps to make a substantial contribution to decarbonising heat would require a major change in the heat pump supply chain. To complete a roll-out in homes and businesses on time over 1mn installations would be needed annually from the mid-2030s, compared to only around 20,000 actually deployed in 2015.

Hydrogen— Another option being explored is the repurposing of existing gas distribution networks to carry hydrogen produced from low-carbon sources. Although there is considerable uncertainty, there is some evidence that this could make a significant contribution to decarbonising heat by the middle of the century. The government and network companies are currently trialling this option.

Solar thermal—While more commonly used to generate electricity, businesses can also install “solar thermal” panels, which use solar panels, called collectors, fitted to a roof. These collect heat from the sun and use it to heat up water that is stored in a hot water cylinder.

What government support is available?

To receive support through the scheme, organisations must install an eligible technology. They can then apply for financial support to help cover the cost of their systems. Each technology has a set level of support, known as a “tariff”. The tariff is the amount of support the owner of the system will receive in respect of each unit of heat produced and used for an eligible purpose. Heating is measured in kilowatt hours (kWh), while for biomethane, the volume of gas injected is also converted to a kilowatt hour value. Some examples of tariffs for an accreditation date on or after 1 January 2017 are in the table opposite.

In the non-domestic scheme, participants must install meters to measure the amount of renewable heat generated that is used for eligible purposes and then submit meter readings to the energy regulator Ofgem. Payments are made to participants for 20 years, provided they continue to satisfy the eligibility criteria and ongoing obligations.

A recent decision by government will see some of these tariffs tweaked in 2017. Moreover, the government had said earlier in the year that it intended to stop supporting solar thermal technologies through the scheme; however, it has now reversed this decision.

Feedback on the scheme from consumers has been positive. Evidence suggests that 80% of those who have installed heat pumps, biomass boilers and solar thermal under the RHI were happy with the outcome.
Where some consumers have reported issues with the installation process, these have primarily been ascribed to disruption (14%), or unclear information or advice (10%).

Heat network funding
Recognising the major contribution that they could make to decarbonising heat, as well as their capital-intensive nature, separate to the RHI the government has provided direct support for heat networks.
In the 2015 Autumn Statement, the then chancellor George Osborne announced over £300mn of funding for up to 200 heat networks. This, he said, would generate enough heat to support the equivalent of over 400,000 homes and leverage up to £2bn of private capital investment. Funding is also delivered through the Heat Networks Delivery Unit (HNDU). Since its inception in September 2013, HNDU has awarded support to over 200 unique heat networks projects across 118 local authorities in England and Wales.

Case studies
To put some of these policies and technologies into perspective, the Association for Decentralised Energy—a trade group representing developers of a range of technologies including CHP and district heating—has compiled a series of case studies.

Granada TV Studios—The company has been harnessing the benefits of a 1MW ENER-G combined heat and power unit (CHP) system since 2001. Due to increasing energy demands, the studio decided that the need for a long-term energy solution was essential to cut costs and lower carbon emissions. The annual cost savings have been in excess of £200,000 per year, while emissions savings of 4,279 tonnes of CO2 per year have also been delivered. Under this agreement, ENER-G finance, install and operate the CHP system at no capital cost to Granada, and then sell the energy generated to the client at a discount, offering immediate savings.

Sheffield District Energy Network—The District Energy Network has been providing an economical, low-carbon and environmentally-friendly heat source to buildings in Sheffield since 1988. It is one of the largest and most successful District Energy Networks in the UK, supplying many domestic, commercial and public sector buildings with a sustainable energy source. Savings can be made on connection, operation and maintenance costs. Businesses can also avoid the Climate Change Levy tax on their energy bills. The network is continuously expanding to allow further connections to take place.

Notre Dame Primary School—By integrating a ground source heat pump and CHP into a Victorian retrofit, Glasgow City Council has managed to cut energy bills by £48,000 and reduce carbon emissions by 90,000 tonnes. Notre Dame came top in a comparison of electrical consumption with 29 other Glasgow City Council schools in May 2014. The operating temperature of the school heating system is 45°C, and lends itself to underfloor heating and low surface temperatures for the radiators, which makes them safe for the children.