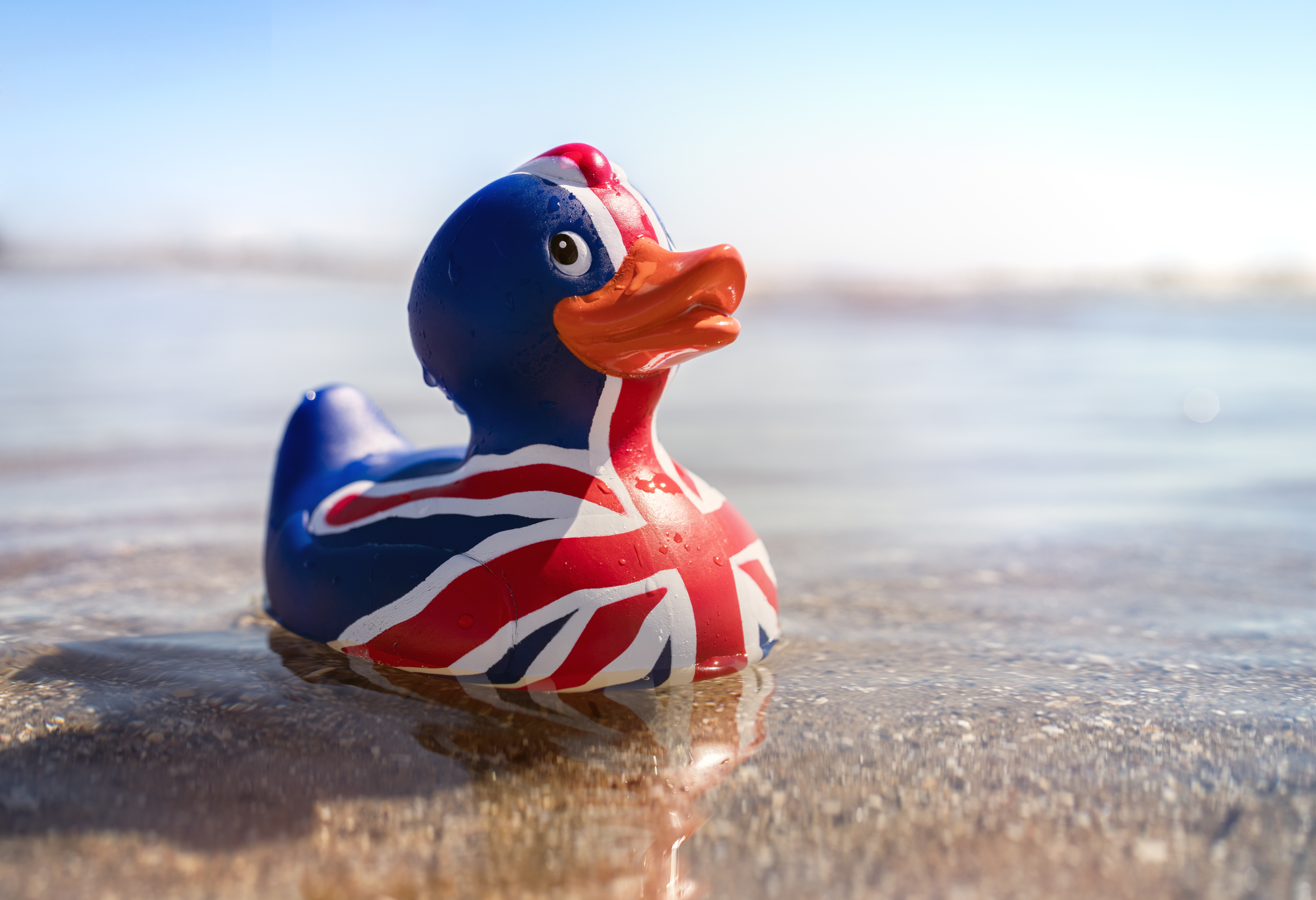 With the March 2019 deadline for Brexit looming ever-closer, the time has come to discuss how the UK’s departure from the EU might impact the energy sector. Will our utility bills increase? Are we still going to be able to trade power freely with other European countries? And – arguably the most important issue in the current climate – how is our progress towards the EU’s 2050 zero carbon goal going to be affected? The type of deal negotiated with the EU regarding the UK’s future involvement will have a huge impact on all of these issues, and only time will tell exactly how Brexit will affect our energy sector going forwards.

Where do the UK’s interconnectors lead, and what are they for?

Three UK industries in particular are closely interlinked with the EU and will therefore be heavily impacted by Brexit: transport, communications, and energy. Countries within the EU are joined up by interconnectors, which are physical links to transfer electricity across national borders. More interconnectors are being introduced all the time, and there are currently plans to link the UK to more EU member states – plans which may be thwarted by Brexit. The UK’s current interconnector capacity is 4GW: 2GW to France, 1GW to the Netherlands, 500MW to Northern Ireland, and 500MW to the Republic of Ireland. The allocation of this capacity is overseen by European legislation and leaving the EU is likely to affect it. Having interconnectors ensures low prices and increases the security of supply for all countries involved. This is due to a reduced need for domestic power back-up, and more renewable electricity being generated.

Exiting the EU could have disastrous consequences on these interconnectors, leaving the UK vulnerable to price changes across the energy markets and affecting the security of supply. However, one of the biggest concerns in the energy world that comes with Brexit is the fate of the all-Ireland electricity market, formally known as the Single Electricity Market (SEM). This is due to become the Integrated Single Electricity Market (I-SEM) in October 2018. What this means is that the energy sector acts as one in Ireland, facilitated by interconnectors, and splitting the I-SEM for the purpose of Brexit – allowing Ireland to remain a part of the IEM – would be incredibly complicated and have a detrimental impact in a number of areas. It is vital that Ireland is not punished by a potential increase in energy prices as a result of Brexit, and ensuring that these interconnectors and their benefits remain in place is a key factor for this.

The future of nuclear power and the Euratom Treaty

When it comes to nuclear power in the EU, the Euratom Treaty offers guidelines and a legal framework for its generation. It monitors the trade of nuclear materials, its movement, and safety procedures for these processes. It not only covers Euratom members, but also trade between a member state and external countries, like the US. Leaving the EU means that the UK will also leave Euratom, despite being a leader in the nuclear energy market, both in research and generation. Negotiation will be needed in order to come to a conclusion as to where the UK stands in further nuclear power trades, not just within Euratom but worldwide. Discussions have also been held regarding the free movement of nuclear researchers and scientists between the UK and other EU countries. The decision that is likely to be reached is that the free movement policy will remain in order to allow vital research in this area to continue, unaffected by the UK’s departure.

Discussion of energy sources like nuclear power brings us on to the Government’s commitment to the environment, and their promise to “leave it in a better state than we found it”. The UK is part of the EU’s campaign for Zero Carbon emissions by 2050, and contributes towards goals set within the EU. The progress that the UK has made alongside other EU member states – in terms of sustainability and a renewable future – is profound and leaving the EU and agreements such as these could have a detrimental impact on the environment. To keep making progress in this area, and to ensure that we keep making a difference to our planet, it is vital that the UK keeps working with the EU towards these low carbon and renewable energy goals.

However, contrary to the Zero Carbon aim, the UK government has recently scrapped the Feed In Tariff Scheme (FIT). The purpose of the scheme was to support small-scale renewable installations and, since its introduction in 2010, it has driven the start-up of more than 800,000 renewable schemes. It was facilitated by adding a small amount to energy bills, a sum which was then put towards funding renewable projects. Instead of allowing those who generate renewable energy to profit off their surplus power by selling back to the grid, they will now be forced to provide the energy for free to the grid. This removes any incentive that there may have been for producing extra renewable energy, and seems to suggest that the government may not be entirely committed to a greener future.

“Uncertainty and risk has a price”

There is still uncertainty surrounding the issue of whether or not the UK will remain in the European Emission Trading System, also known as the EU ETS. Suppliers often buy their energy weeks and months in advance, which is becoming more difficult as the uncertainty of the UK’s future looms overhead. While the purpose of advance purchasing is to get the best deal and therefore attract more customers, suppliers can no longer plan ahead past March 2019 until more answers are provided. The element of risk that comes with this is trickling down to customer prices, with consumers feeling the financial effects of Brexit before it has even happened.

The UK’s participation in EU ETS is the most effective way to incentivise carbon emission reductions, and also the best way to set carbon costs. Without the legislation provided by EU ETS, there would be a policy gap that could likely only be covered by carbon tax. While reducing carbon obviously benefits the environment, there is likely to be a lot of opposition to a carbon tax from industries whose emissions are high. This is likely to push prices up, make carbon reduction less cost-effective, and perhaps undo the recent progress towards the EU’s zero net emissions goals. For these reasons, the ideal scenario would be for the UK to remain in the EU ETS, and initial Brexit negotiations have shown this.

Benefits of the Internal Energy Market

The Internal Energy Market (IEM) allows the trading of gas and electricity tariff-free throughout Europe, which obviously brings lower energy prices and makes trade between these countries more efficient. As the years go by, renewable energy generation increases, and the IEM encourages the trade of low-cost carbon free power, benefitting both the users and the environment. The UK is a world leader in terms of renewable technologies, providing benefits to other members of the IEM. If exiting the EU also means the UK leaving the IEM, these advantages for all parties will be lost and, in times of supply shortage here, the UK will not easily have access to carbon free energy sources. Policies on climate and energy are tied closely together and so for the UK to keep working towards zero carbon targets, it is likely that new policies will have to be developed, independent of the IEM.

The UK imports around 5% of its electricity and 12% of its gas from the EU, so leaving the IEM will mean that we have to make up for the shortfall ourselves. The IEM removes trade barriers across the EU and encourages member states to trade energy with each other, so exiting may leave us vulnerable to outages and supply shortages if we cannot access the rest of the EU’s energy.

Our Brexit taskforce at Monarch can help you with any potential implications of the UK’s departure on the energy sector. We can also assist you with facilitating demand side response to cope with increasing prices, as well as keeping you updated on new developments and legislation changes. Following Brexit, we will update our public procurement processes to respond to any changes that the government may choose to make. We will ensure that you remain fully compliant with whatever legislation comes into effect.

Call us on 020 8835 3535 or email savings@monarchpartnership.co.uk for more information.

Government policy paper: The United Kingdom’s exit from, and new partnership with, the European Union